More Business of Being Born

I wanted to pass along the brand new trailer for More Business of Being Born from Executive Producer Ricki Lake and Filmmaker Abby Epstein. This release follows their landmark documentary, The Business of Being Born, with a four part DVD series that continues their provocative and entertaining exploration of the modern maternity care system. More Business of Being Born, available November 8th, offers a practical look at birthing options as well as poignant celebrity birth stories from stars including Alanis Morissette, Gisele Bundchen, Christy Turlington-Burns, Cindy Crawford, Molly Ringwald, Laila Ali, Kimberly Williams-Paisley and Melissa Joan Hart. Part 4: The VBAC Dilemma is currently available for rental on demand. You can watch a trailer here.

As part of the cast of the first film, I was excited to go to its debut at the Tribeca Film Festival, unexpectedly pregnant. The film confirmed my decision -- and my husband's decision -- to have a home birth. Here's what I wrote about some of the reviews of the original film.
Posted by Tina Cassidy at 7:22 PM No comments:

This is an amazing image for two reasons: First, it was found by a man who is legally blind. Second, it shows a common position women gave birth -- standing up, supported by ropes or vines -- before doctors determined it was more convenient for women do to deliver on their backs. Which, it turns out, is the worst possible position because it is more difficult for both baby and mother. Thanks to Carey Goldberg at the CommonHealth Blog for pointing it out to me. 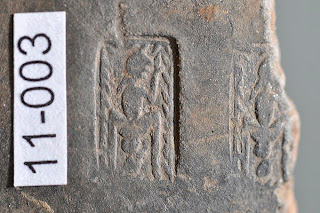 Carla Bruni-Sarkozy gives birth -- without the president there

Carla Bruni-Sarkozy gave birth this week to a girl, but her husband wasn't there -- he was busy jetting off to Germany to meet Angela Merkel on important business. Fair enough. Or is it? I quickly received a couple calls from journalists asking what I thought.

Throughout all of human history in almost every culture, until the last 30-50 years, men never witnessed the births of their babies. They didn't want to see it and the mothers didn't see the upside of having them there. Before birth moved from the home to the hospital in the early 20th Century, moms typically had a gaggle of other women and a midwife to support her through labor. Men were considered useless and it was not their place. This changed when birth moved to the hospital because suddenly women were often left to labor alone -- with the obstetrician stepping into the room at the last minute. This trend made women crave support -- and fathers, being family, were the only ones hospitals would allow, even if it took lawsuits to open the gates. (P.S. If the mother and father weren't married, hospitals initially refused to allow him to witness the birth. Lawsuits changed this practice, too.)

Despite that history, men are now expected to attend the births of their babies. Which is great, if they want to be there and the mother wants them to be.

But there are many dads who are squeamish, fight with staff, or freak out the mother. If the mother has other support -- and she always should -- and if she doesn't mind him not being there, fine. It may be best for everyone.

As for Sarkozy, he's left with a public perception problem. Is Angele Merkel more important than your wife? Did this birth seem less important than those with your previous wives? At the very least, when he did show up at the clinic, he should have brought flowers.
Posted by Tina Cassidy at 1:17 PM No comments: